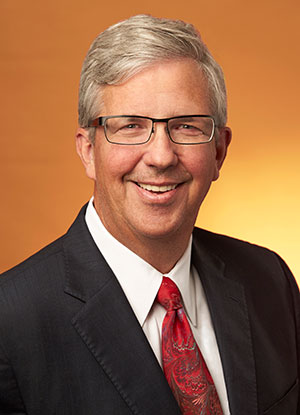 Rick Morgan is a founding partner of Morgan Verkamp. For more than thirty years, Rick has practiced complex federal litigation in trial and appellate courts nationwide, earning him the highest “AV Preeminent” Peer Review Rating by Martindale-Hubbell and a Superb rating on Avvo.com. Rick has been selected as an “Ohio Super Lawyer” multiple times, most recently for 2018-19; is listed in Who’s Who in America; and has been selected for inclusion in America’s Top 100 High Stakes Litigators.

Rick worked in the Cincinnati U.S. Attorney’s Office during law school, experience which set the course of his career. After serving for two years as a law clerk for the Hon. David S. Porter (Senior U.S. District Judge for the Southern District of Ohio), Rick was selected into the highly-competitive Attorney General’s Honors Program, serving as a Trial Attorney in the Civil Division of the United States Department of Justice in Washington, D.C. from 1985-89.

He began working on qui tam cases in 1996, and has served as lead or co-lead counsel in dozens of False Claims Act cases against defense contractors, including Boeing, DynCorp, Northrop Grumman, General Electric, L3, Lockheed Martin, Supreme FoodService, and many others, and pharmaceutical and health care companies such as Novartis, Pfizer, UPMC, HealthSouth, Omnicare, CareSource, Provider Services, Sightline, and American Healthways.

In addition to working for Morgan Verkamp’s clients, Rick is an active speaker and author regarding the False Claims Act. He currently serves as co-planner of the Ameri-can Bar Association’s Qui Tam National Institute, and is co-chair of the Conference Planning Committee for the Taxpayers Against Fraud Education Fund.  Rick speaks annually on the subject of depositions of corporate executives at Berkeley Law School, has participated in training presented by the National Association of Medicaid Fraud Control Units, the Defense Criminal Investigative Service and the Justice Department’s National Advocacy Center, and has drafted amicus curiae briefs in three Supreme Court cases related to the False Claims Act, including a brief expressing the views of FCA sponsor Sen. Charles Grassley. He has testified in open court as an expert on the False Claims Act and is frequently quoted by journalists reporting on False Claims Act related matters.  Rick’s representation of F-22 pilots with safety concerns led to his clients being featured on 60 Minutes and a successful trial before a Navy JAG Board.

Rick is a Pilates instructor with an active teaching practice, and a committed nature photographer specializing in underwater images.