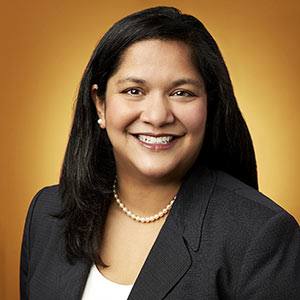 Sonya Rao is a partner with Morgan Verkamp LLC, having joined the firm in September 2017. Prior to joining Morgan Verkamp LLC, Ms.Rao worked at the Department of Justice in various capacities over the course of seventeen years. She joined the Department of Justice in 2000 through the highly-competitive Attorney General’s Honors Program and worked in the Department’s Civil Rights Division in Washington DC, where she investigated and litigated employment discrimination cases, including complex testing cases, across the country. During her tenure with the Civil Rights Division, Ms. Rao earned the title of Senior Trial Attorney and also served as a coordinator for the Department’s Initiative Combatting Post-9/11 Backlash Discrimination.

In 2007, Ms. Rao joined the United States Attorney’s Offce for the District of Massachusetts as an Assistant United States Attorney. As an Assistant U.S. Attorney, Ms. Rao investigated and litigated civil and criminal health care and defense procurement fraud matters, including investigations of Warner Chilcott, Millennium Laboratories, Blackstone Medical, and Calloway Laboratories. Her efforts have helped to recover over $170 million in taxpayer dollars and criminal fines.

Ms. Rao graduated from Tufts University with a degree in English and a concentration in Biology. She earned her law degree from Northeastern University School of Law. She is licensed in the Commonwealth of Massachusetts and is also a member of the bars of the United States District Court for the District of Massachusetts and the First Circuit Court of Appeals.